So far I haven’t used this blog much to write about hobbies. I’m still not sure whether it’s a wise thing to change that, since I dislike publishing up too much personal information on the web. Then again work life and some other issues already resulted in my name being mentioned on the net (something I desperately tried to avoid as a kid & later as a student), so what the heck.

Another thing is that when I grew up, this specific interest could easily result in people looking at you strangely. “You watch Anime? Aren’t those these weird cartoons from Japan?” they’d say, with a condescending look. As a result most people in my generation who liked the medium stayed either silent about it or drifted into total geekdom, alienating themselves from “outsiders” even more. Not that there’s something inherently wrong with that, as in an “out & proud” kind of way, but I know people who are so over the top with this that they make even me cringe.

Anyway, today I want to write about an underrated anime named “Ergo Proxy”. It’s not a recent anime by far (from 2006), but I just finished re-watching it (I got the DVDs).

So, what is it about and why do I think it’s great? Well, it is one of those deep, philosophical anime. Plus, you basically need to take notes, watch it multiple times and/or need to get a manual (warning: spoilers!) to understand it.

The first few episodes give you the impression of a more or less standard science fiction, futuristic and dystopian story. Earth is environmentally screwed and humanity’s remains are forced to live in giant domed cities to be safe from the hazardous environment. Like in Aeon Flux or so (also a good show, btw). It even appears as if it were some kind of crime story, with a monster hunting protagonist (Re-L) trying to figure out what mysterious role “the Wimp™” (Vincent) plays.

This is not the case.

Massive spoilers coming after this point. 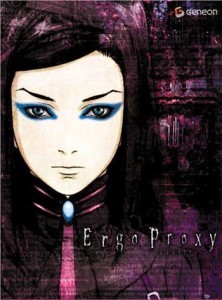 Here’s the thing that made my head spin: This, on the first glance “standard” background is already wrong. The people (humans) we get to see in the entire series are not the remnants of humanity at all! Those who want to get a full and better synopsis of the series and its background should follow the link I added above already. I will just give a very shortened version here.

The real setup of the series goes roughly like this: Humans fucked up the earth and couldn’t fix it easily. So they left the earth in space ships. (It’s not explicitly stated in the series but I assume with the idea that due to time dilation when speeding through space they win time.) They left behind “Proxies” (get it?) to fix the earth during their absence and designed these life-forms to die once everything is back up again. The “humans” we see are sterile, “grown” in artificial wombs under the supervision (and I suppose “maintenance”) of the proxies.

An open question (at least for me) is whether these sterile humans are in any way “in-human” (other than being sterile) or not able to sustain themselves, but at least from what we see they seem to have normal, human consciousnesses. Which gives the entire series a very Bladerunner-like theme, considering these “pseudo-humans” are all meant to die once the “real” humans return.

It’s interesting to note that they are often called “citizens” or “immigrants” when one could also use the word human instead (even when they themselves talk about if). At least most of them seem to be unaware of this rather dark aspect of their existence (it’s questionable whether the few higher-ups, like Raul Creed or Daedalus Yumeno fully know they are considering “inhuman” by the original humans).

Anyways, the creepyness even goes beyond this Bladerunner-esque setting. The Proxies at first appear as monsters, then as god-like beings, as Creators. But then we learn that these “stand-ins for God” are actually stand-ins for us! What cruel God would create a broken world and leave sentient, feeling things behind to fix it, doomed to die once their job is done? Not a very nice compliment to humanity, but to me it seems disturbingly realistic.

In the end we learn that much of the motivation for what happens in the series stems from the growing despair of the Proxies, especially One (capitalization intended…). Even their god-like powers can do nothing against the plan of the original Creator (i.e. us, the returning humans), so once the “Pulse of Awakening” comes their doom begins, and they know it. Everything they created themselves crumbles to leave behind a world to be inhabited by someone else.

The finale of the show offers a glimpse of hope, since One Proxy’s struggle to disturb the Creators’ plan at least a little seems to work out, but what comes after that is open.

All in all that’s pretty much a concept I can’t resist. I know for certain I might not have understood all there is and as every series, Ergo Proxy will sure have its plot holes, weird aspects, and arguably unnecessary parts. But it’s well-made. Obviously it’s not about explosions and action (it has some, but it’s not the focus) and it’s not a feel-good series either.

The last point I wanna make to advertise for it is that it’s a rare case of a non-sucking deus ex machina. By definition it uses this device that usually indicates poor writing, since the Proxies are basically all-mighty. In fact it does what’s in most stories just horrible:

Every time a character gives a speech (via inner monologue or by talking to another) revealing a mystery in the show you get the feeling that you’re making progress in solving the big mystery (what are the proxies and what are the memories Vincent has lost?). It’s such a common plot-device in stories we often don’t even see it anymore: Serious, inner monologue? Ah, this must be part of “the solution™” Then you learn it’s all wrong. It sounded convincing, but nope, nothing goes. Finding Vincent doesn’t answer anything for Re-L, and you fell for it because in many stories, that’s the way it goes. Finally we do get a revelation and by whom? Someone who makes only an appearance at the end! If this was a crime story, you’d be outraged and with right! It’s just bad writing if the script needs a surprise entry of an all-knowing character right at the end to explain something and the characters so far had literally no chance of figuring out anything. It’s not necessarily unrealistic, but for you, as a viewer or reader, what the heck was the point?

Ergo Proxy somehow circumvents that feeling, because in its case that made sense! What do you expect when watching a show about god-like beings? The puppets, in this case, are not meant to cut their strings, this time they don’t manage to figure stuff out on their own. Yet, their journey wasn’t pointless, since it has made them grow in different ways. And you, as a viewer, could certainly see that. Their personalities changed and developed (for the better), so it doesn’t matter that in the end, the big mystery was only revealed to them (and the viewer) by the One initiating it.

This is what I love about it. The setting and concept is great, but I think this last aspect just gets me. If you managed to read all this long text, maybe you wanna give Ergo Proxy a try. Watch it. 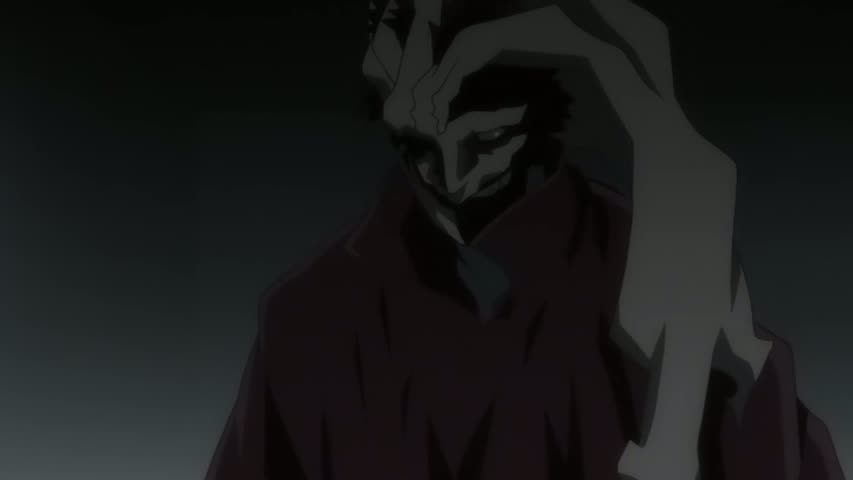